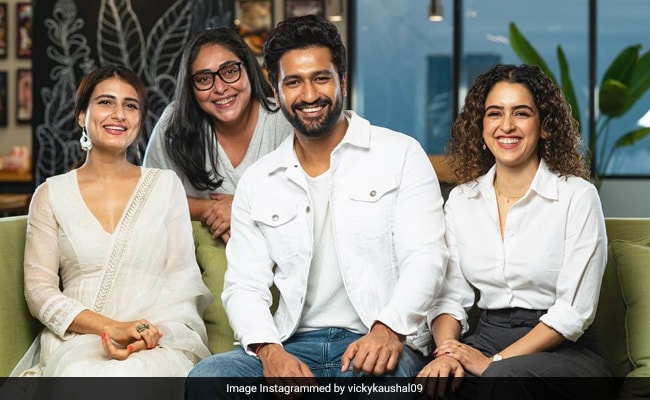 Dangal The girls are back and this time not as sisters but as very important characters in the upcoming film Sam Brave. The film is based on the life of Field Marshal Sam Hormusji Framji Jamsetji Manekshaw, widely known as Sam Manekshaw and Sam Bahadur. Vicky Kaushal will play a minor role. Now, as per the recent posts by the cast and production house, Sanya Malhotra and Fatima Sana Shaikh have joined the cast of the film. While Sanya Malhotra will play the role of Sillu Manekshaw, Field Marshal Sam Bahadur’s wife Fatima Sana Shaikh will play the role of former Indian Prime Minister Indira Gandhi.

The announcement was made on the occasion of director Meghna Gulzar’s birthday. Sharing the news, lead actor Vicky Kaushal posted a picture and wrote, “It’s a very special day for us as we celebrate the birthday of our director Meghna Gulzar and lead ladies Sanya Malhotra’s Silu Manekshaw and Fatima welcomes Sana Shaikh as Mrs. to Indira Gandhi Sam Bahadur family!”

In the picture, Vicky Kaushal is seen with director Meghna Gulzar and the two leading ladies sitting beside him. The same post was also shared by production house RSVP Movies.

Sharing the same picture, Sanya Malhotra wrote, “Behind every successful man is a strong independent woman who supports him in all his endeavours. It is with great honor that I am India’s first Field Marshal Sam Manekshaw.” Got a chance to play the role of Sillu Manekshaw’s wife. Can’t wait to start this journey with films like Meghna ma’am, Vicky, Fatima and RSVP!”

Fatima Sana Shaikh spoke about her role in the film in a post. He wrote, “A woman who defines courage, strength and dignity! It is with great pride that I am joining the team of Sam Bahadur to portray the role of Smt. Indira Gandhi. Looking forward to starting this journey with Meghna ma’am, Vicky, Sanya and RSVP Movies.”

The late Sam Manekshaw was the first Indian Army officer to be promoted to the rank of Field Marshal. He was the Chief of Army Staff of the Indian Army, who commanded the Indian Army during the Indo-Pakistani 1971 War.

The title of the much awaited film was announced as follows Sam Bahadur On the birth anniversary of Field Marshal in April this year.

This is the second time that Meghna Gulzar will direct Vicky Kaushal Razzie,