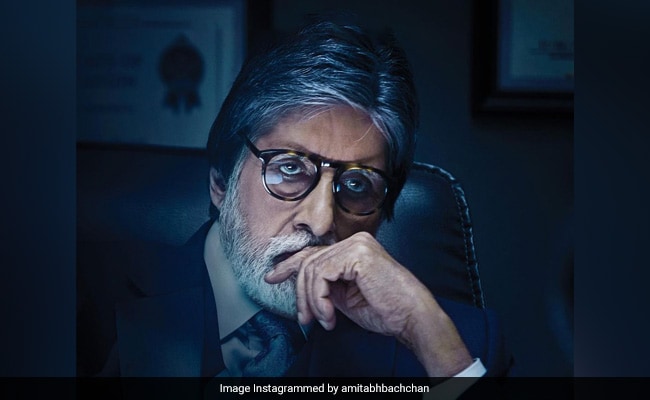 Amitabh Bachchan, Ajay Devgn and Rakul Preet Singh's film, initially titled may Day, now it will be called runway 34, The stars on Monday announced the title change on social media and with it unveiled their respective first look posters from the film. runway 34, Which is inspired by true events, it is directed by Ajay Devgn, who is also co-producing it under his production banner Ajay Devgn FFilms. Revealing his first look from the film, Amitabh Bachchan wrote: "may Day is now runway 34, Fasten your seatbelt and sit tight! Inspired by true events, #Runway34 landed on Eid, April 29, 2022!" In the poster he looks deep in thoughts.

Rakul Preet Singh can be seen wearing a pilot uniform and aviation headset in her first look runway 34, ,may Day is now runway 34, Get ready for a journey you will never forget," she wrote in her caption. Reacting to her post, her boyfriend and producer Jackky Bhagnani commented: "Pilot madam" with a fire icon.

Ajay Devgn shared the first look posters of the three main characters in separate posts and captioned them all: "may Day is now runway 34, A high-octane thriller inspired by true events that's special to me, for more than one reason! #Runway34 - As promised, landing on Eid on 29th April, 2022."

runway 34 Next year Eid - will release in theaters on April 29.

runway 34 This is Rakul Preet Singh's second project with Ajay Devgn after the 2019 film give me love, and her first film with Amitabh Bachchan.