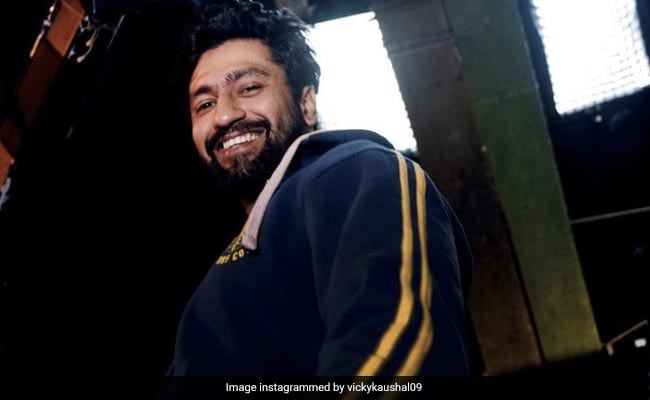 Vicky Kaushal Ever since the rumors of his marriage with Katrina Kaif are doing the rounds, it has been trending all over social media. On Saturday afternoon, Vicky Kaushal shared a post, which is from the sets of a film. Vicky described the place as "his favorite place on earth". In the picture, the actor can be seen wearing a blue hoodie and is smiling as he poses for the camera. Vicky Kaushal expressed his love for acting and wrote: "Favorite place on earth," he also added a film-reel, heart and a peace emoji to his caption.

Vicky Kaushal has been very active on social media lately. This is what he posted:

According to recent media reports, Vicky Kaushal and Katrina Kaif's The wedding is scheduled to take place on December 9. Earlier this week, a report in Bollywood Life also said that the couple will have a court wedding next week before heading to Rajasthan, where the wedding festivities will take place. "Ahead of their wedding rituals in Rajasthan, Vicky and Katrina's wedding will take place in Mumbai. A source close to the actress tells us that Vicky and Katrina will have a court marriage in Mumbai next week, before their royal wedding in Jaipur. Resorts near Ranthambore," Bollywood Life stated in the report. Vicky Kaushal and Katrina Kaif are rumored to be dating since 2019.

On the work front, Vicky Kaushal was last seen in the film. Sardar Udham, Which was a super hit. The actor made his Bollywood debutLuv Shav Te Chicken Khurana in 2012 And has been a part of many films likeManmarziyaan, Uri: The Surgical Strike, Bhoot - Part One: The Haunted Shipamong others. Vicky Kaushal's upcoming projects include Amar Ashwathama,